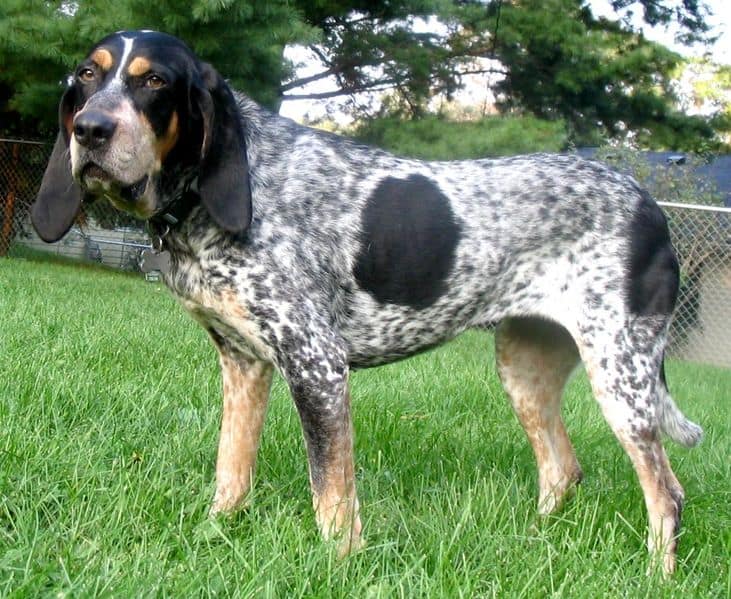 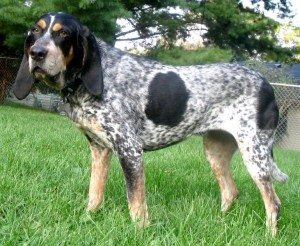 The Bluetick Coonhound is descended from both the English Foxhound and French Staghound. He used to be called an English Coonhound until 1945 when breeders decided to make the change because he was a larger, slightly slower dog and they wanted to keep his own hunting style.

He derives the name from the pattern of his coat which is dark blue and covered in a mottled or ticking pattern. He’s a great dog for tracking and treeing small animals and is very athletic. He’s capable of staying on track for as long as it takes to capture his prey and he has the typical “baying” bark of coonhounds. He likes being kept busy and his coat only needs the occasional bath and brush. His height is 21 – 27 inches and he weighs 45-80 pounds. 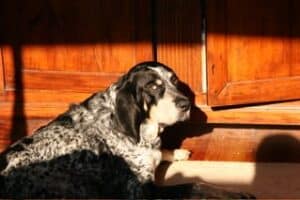