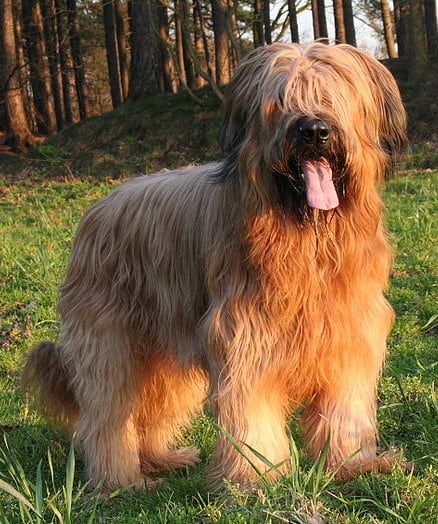 The Briard has been around in France at least since the 8th century where he appeared on tapestries of the time. The Briard was used to defend his charges against poachers and wolves. Once the French Revolution was finished, he became less aggressive and worked as a shepherding dog and guard dog for his owner’s property. There were several conflicting stories about how this dog came to the USA.

The Briard is happy if he’s busy and thinks independently so you need patience to train him. He’s wary of strangers but is highly sensitive to the needs of his family and is a great pet. His coat needs brushing daily to stop it from matting. He’s 22 – 27 inches high.