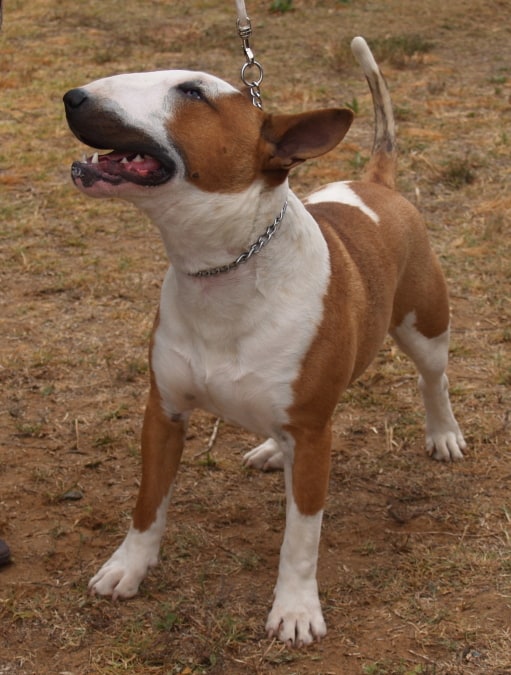 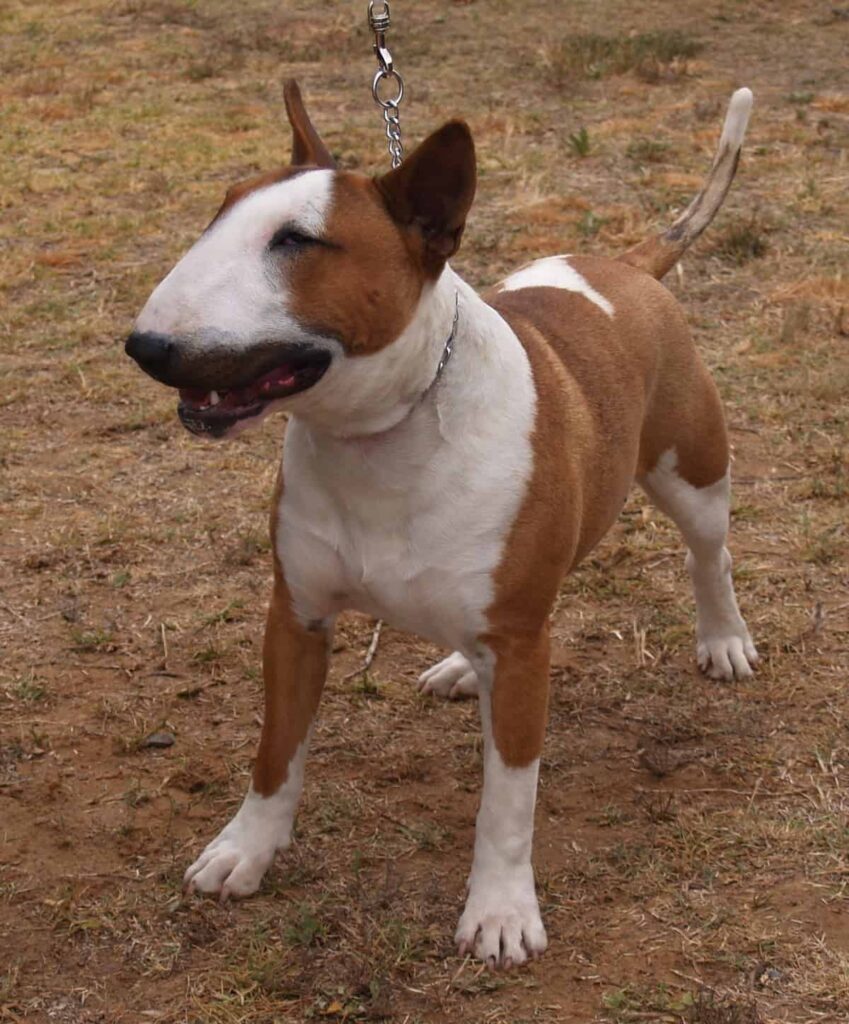 The Bull Terrier has been around since the early 1800s as a Bulldog-terrier cross and was used as a sporting dog, in 1860, James Hinks created a more refined breed with a white coat and this was when the Bull Terrier came into his own. In the early 1900s, he was mixed with a Staffordshire to create a coloured version.

The Bull Terrier is a playful clown and has been described by some as a small child in a doggie suit. He has a muscular build which may give people the impression he isn’t friendly but the truth is that he’s a very affectionate, obedient dog and performs well in agility, show and obedience events. He gets attached to his owners and hates to be on his own. He loves children but you can’t let him get too excited around younger children. His coat doesn’t need much care but he does need daily exercise. He’s 21- 22 inches tall and weighs 50 – 70 pounds.