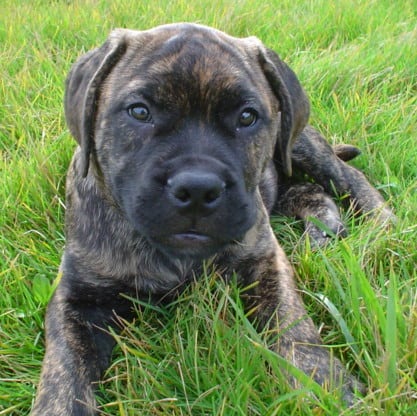 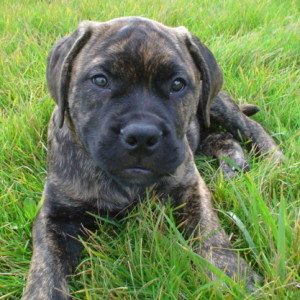 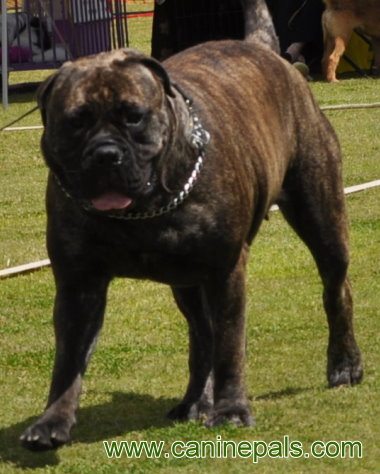 The Bullmastiff originated in England in the 1860s where he protected game preserves and big estates from poachers. He was a good dog for gamekeepers because he could move quickly, track quietly and pin down poachers so they couldn’t run away, all without harming them. He was the result of a mixed breed of Mastiff and Bulldog because breeders needed a faster dog who was also more aggressive than the Mastiff, but not as ferocious or as big as the Bulldog.

The colour of his coat can be brindle, fawn or red and doesn’t need much grooming. He performs well in agility, obedience, tracking, carting, conformation and therapy work. He’s confident and fearless, but still has a sweet, docile nature when he’s with his family. He doesn’t bark much because he knows silence works better when guarding property as it doesn’t warn people of his presence. He doesn’t need much exercise. He’s 24 – 27 inches high and 100-130 pounds.