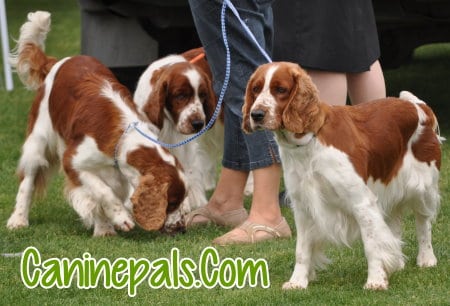 Almost all commercial dog foods contain carbohydrates. The focus is usually on fat and protein content in the food and people forget that carbohydrates also contribute to the quality of food you feed your dog. Carbohydrates are the cause of numerous health concerns, if not used properly. This article’s main focus is on non-fibrous carbohydrates and there will be a different article that covers fibre in more detail.

What function does carbohydrates provide in pet food?

Nutritionists debate how much value carbs have in dog food. Regardless of the debate, most dry commercial dog foods contain 30-70% carbohydrates. If you analyse wild canines that are similar to domestic dogs, you’ll learn that they do eat some calories but it comes from intestinal content of their prey and also from berries. However, this type of food comes nowhere near the 30% mark. So the question then becomes this: why are domestic dogs being fed such a large amount of carbohydrates when it doesn’t seem to be a natural food source?

Dogs can eat large amounts of protein which they convert into both energy and muscles. They can turn numerous sources of carbohydrates into the same energy. This innate ability to use protein and carbs as energy sources is why you can feed your dog large amounts of carbs, especially the easy to digest foods. This means that your dog gets his protein through the meat he eats. He gets his fibre and energy needs from carbohydrates instead of the protein sources wild dogs use.

This has major benefits for manufacturers and the end consumers. Carbohydrates are cheaper to buy and is more accessible as a form of energy than proteins. They’re a vital ingredient in the production of dry dog food. The starchy carbs add texture, structure and form to the kibble, making it a stable product that’s simple to feed. Without carbs, dry food couldn’t be made in today’s current forms.

Carbs used in dog foods usually include the starchy part of a plant that’s easily broken down in a dog’s digestive tract. Soluble carbs are found in large amounts in cereal grains including: oats, corn, wheat, barley and rice. The extruded or cooked types in the majority of dog foods are rapidly and easily digestible. However, not all types of starch can be easily digested by cats or dogs. Raw cereal grains digest much slower in the animal’s intestine. Certain starchy carbs such as: bananas and raw potatoes can’t be digested.

Carbohydrates are an essential element of commercial dry pet foods but there are times when they can cause medical problems including maldigestion and obesity. Obesity happens if the dog’s energy needs are exceeded. The extra glucose that’s created made by the carbs getting digested is then stored as fat. Too much protein, fats or carbs may cause obesity, with carbs being the most commonly formed energy source and it’s easy for it to convert to glucose.

Symptoms of maldigestion will vary from mild to severe. Diarrhoea, bloating and too much gas often happen. While carbohydrates travel through the dog’s digestive tract, certain enzymes such as sucrose, maltase, disaccharides, lactase and amylase break them down so they can be used more easily. If an animal has a deficiency of any of the enzymes, the carbs won’t be broken down properly. Those carbs that aren’t digested will ferment and bacterial overgrowth will occur and lead to excess water and the creation of gas, thereby causing maldigestion.

In some animals, the lack of enzymes may be due to an actual deficiency, in others, infections or inflammation in the intestinal tract may result in a breakdown of the normally available enzymes.

Lactose intolerant is a common type of maldigestion. Young animals have lactase enzyme that breaks down lactose, the sugar contained in milk. When animals start aging, their body can cease lactase production. So if milk is consumed, maldigestion occurs as lactose isn’t digested. Animals can have different levels of tolerance to the amount of carbs they’re able to digest. Most can tolerate existing levels but some will develop maldigestion due to this intolerance. The solution is to feed a smaller amount of carbohydrates or to add an enzyme supplement so they can tolerate normal levels.

Soluble carbohydrates are an affordable food with good calorie levels. They’re crucial in manufacturing dry dog food. Dogs can’t ingest a large amount of carbohydrates but, if prepared the right way, they can generally be tolerated by the majority of animals. If animals have a carbs intolerance, natural enzyme supplements or a low carb diet can be used instead.