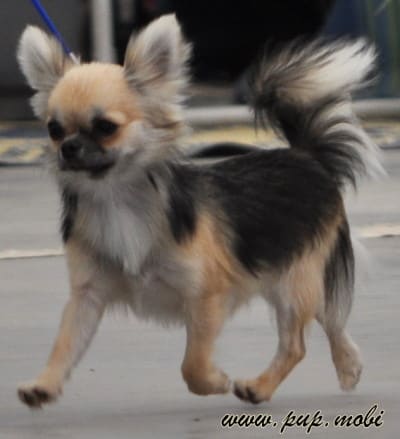 Heartworm (aka (Dirofilaria immitis) used to be a parasite that only existed in southern climates. Today it’s a global problem that affects cats, dogs, foxes, coyotes, wolves and a few other animals. It was first discovered over 100 years ago in dogs and, in the 1920s, documented evidence verified that cats also faced this problem.

Scientists have created a myriad of preventatives, diagnostic tests and treatments of this disease. However, it exists in every state of the U.S.A. as well as many other countries.

The Heartworm Society reports that the places where the infection rates are at their greatest (in dogs) are within 150 miles of the Gulf and Atlantic coasts as well as the Mississippi River and its main tributaries. Places where there are hordes of mosquitoes also have a major heartworm infestation.

Veterinary clinics should remind clients of this serious problem by having an infected heart displayed with a sign saying it’s heartworm. Posters may also be handy to help educate customers. However, not everyone believes what they see, even if it’s something medically serious for their pets. Some customers see the heart with those horrible long worms each time they attend the vet clinic but they pray their dogs won’t be bitten by infected mosquitos.

It’s easy to prevent heartworm. The vet needs to take some blood to test if the worm is present. If so, the dog will need a regular course of medication. Heartworms are dangerous, sometimes proving fatal if left untreated for any length of time. Treated dogs go through weeks of hell during the time that they take the medication and kill the worms, which then get expelled from the pets’ bodies.

The heartworm parasite has several life cycles before it becomes an adult, often needing two hosts to finish that cycle. A mosquito is the intermediate host for the worm’s larval period (also called the microfilariae). Mosquitos get the larva because they bite a dog that is already infected. They deliver the larva to a different dog that isn’t already infected when they need another meal of blood.

The microfilariae dig into the dog and their cycles start. Once they become adults, they move to the right area of the dog’s heart via a vein where they wait for the chance to reproduce. Adults can grow as long as 12 inches and may exist in the heart of a dog for a couple of years.

Some dogs may have this microfilariae in their blood as well as worms living in their lungs and still not manifest this nasty disease. After the amount of worms hits a specific number, which depends on the activity and size of the “victim,” the adult worms will travel to the heart and then symptoms will quickly become apparent. The more active a dog is, the less likely it is that he’ll have a lot of worms. For dogs, the period between the first infestation and the adult reproduction is approx. 6 – 7 months.

The female of the species can give birth to thousands of live young worms in a single day. The young can move around the animal’s bloodstream for up to three years until the dog gets bitten by a mosquito. They go through some changes in their host as they prepare to infect an unwitting dog. The next time a bite of the mosquito occurs, they move back to the original hosting species. The changing process can take up to six weeks in colder climates but only 10 days when it’s warm.

Worms grow and multiply in numbers and infest the lungs’ arteries and the right section of the dog’s heart. They may also get into the veins that go to the heart and also those in the dog’s liver. The initial symptom of heartworms may not even appear for a year after the poor animal becomes infected. If your dog has a light cough, you may not think anything of it, whereas it could be that first symptom coming out.

The cough will get worse and your dog either faints or is very shaky after he has been exerting himself. He may lose conditioning and weight, become listless and weak and gets tired after doing almost anything. He may cough blood. His breathing capacity becomes more laboured as this disease worsens.

The heartworm disease can be quite traumatic. Your dog’s quality of life is greatly reduced. He can’t go for walks or catch a Frisbee without a lot of stress and trouble breathing. Congestive heart failure is the next stage and then your dog’s life is in danger.

Except for Antarctica, this disease exists on all continents. There are four factors that will tell you if your area is a risky one for heartworms:
• A stable reservoir of the disease.
• The climate must supports the parasite’s life cycle.
• A susceptible host population.
• A stable population of vector species.

Dogs are regarded as the definitive host for heartworms, despite the fact that dogs don’t transmit this parasite form one dog to another. Untreated dogs are the stable reservoir that’s required. Different mosquito species are the vectors (intermediate hosts). The microfilariae develop in mosquitos only when temperatures are at or above 80°F for two weeks. No larva will grow in the insect if the temperature is under 57° F

Vets can run one or two tests on a dog’s blood to determine if heartworms are present. The occult test is to detect adult worms and the filtration test is for microfilariae. Most vets do both tests for complete thoroughness. Just because one doesn’t exist, it isn’t conclusive that the other doesn’t. The test is done with one drawing of the blood, generally in Spring before the weather gets too warm.
X-rays can also show adult heartworms in your dog’s lungs and heart.

If either the blood tests or symptoms warn both the owner and the vet that this malicious parasite is present, treatment ca begin and will be successful if the case isn’t too far advanced. The vet needs to first assess the dog and treat any other problems so that he’ll be able to handle the heartworm treatment. Then the adult worms are killed off with a compound of arsenic. Vets now use a newer compound called Immiticide that has less side effects than previously used medications and is much safer for those dogs with severe cases of these worms.

The dog has to be given two doses per day for two days and then a couple of weeks of almost no activity. This enables the dog’s body to absorb the worms that have been killed. If your dog exerts himself, the dead worms may dislodge and move to his lungs where it may prove fatal.

At the 3 – 4 week point from when the drug was first given, more treatment is needed to eliminate the microfilariae. He is given a dose each day for one week and then another blood test. If they still appear, he can be dosed again but a higher amount. Your dog should be checked out again no later than 12 months after this all finishes.

It’s possible to remove the adult worms surgically and, if there are serious heart issues and the case is quite advanced, that may be necessary.

Topical and oral preventers are only available from your vet. Many drugs also kill mites, ticks, fleas and other parasites.

Talk to your vet and ask which products  are recommended for your dog.  Some heart worm preventatives can be dangerous if your dog already has heart worm disease. Be prepared to have your dog checked for heartworm disease prior to using some types of preventative products. Your Veterinarian is the best person to ask for advice on how best to protect your Canine from this terrible disease . If your pet needs a yearly vaccination, get the heartworm check done at the same time. Numerous vets recommend using a heartworm prevention medication all the time so the animals are protected from all mosquitoes in all seasons.