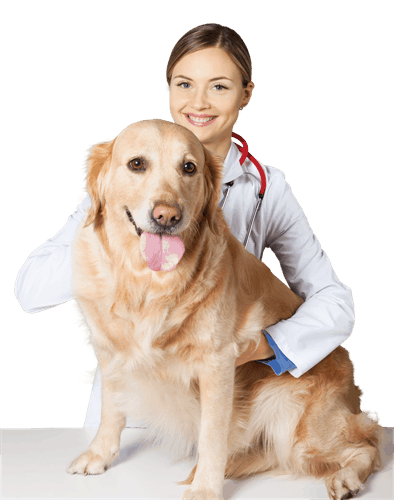 You may decide to vaccinate against the Parvovirus but if you don’t, how do you protect your dog against this deadly disease?

Parvo is a fast-acting disease. Your dog may have the disease and seem healthy today but be very sick tomorrow. It’s costly to pay vet bills and if your dog isn’t diagnosed early enough and then treated quickly, he may very well die.

Parvovirus can have a diverse set of symptoms in dogs and also their human owners. This virus is literally everywhere, with the exception of sterilized environments. It can ignore some dogs and kill others and there’s no way to predict what it will do.

There are fierce debates for, and against, vaccinating dogs against this insidious disease. Some owners will vaccinate their pets early and regularly and there are other owners who won’t ever choose to vaccinate.

This informative article will cover various treatment and prevention options that vets and dog owners use today. There are also two stories from owners of dogs with this disease and how their experiences influenced their choices about treating their beloved dogs.

Parvovirus is a very good reason to avoid taking your pet to a popular park, unless he has a good antibody level of protection.

We can’t tell you how to choose your strategy. That’s up to you and you must educate yourself about the options available and the benefits and risks associated with each available choice.

Parvovirus is the easiest and tiniest of infectious microscopic agents known as viruses. These replicate themselves within living cells and   cause diseases such as Parvovirus. This virus is one strand of DNA in a protein coat or tiny capsid. This coat is different to the fatty envelope that surrounds other viruses and, therefore, it assists the Parvovirus to not only survive but adapt.

Parvoviruses infect birds and mammals (including people). However, it didn’t infect domestic or wild dogs until the 1960s. The original dog virus (later renamed CPV-1) was only discovered in 1967. CPV-2 appeared in the U.S. in 1978 where it had seemingly mutated from cat distemper, also known as feline Parvovirus.

This CPV-2 rapidly spread through foxes, wolves, dogs, coyotes and various other canine species right around the world. In 1979, mutations such as CPV-2a and CPV-2b were also identified.

The infection occurs when a host who is susceptible ingests or inhales the virus, and it attacks the very first group of cells it finds that divides quickly. This is usually in the throat’s lymph nodes. The virus moves swiftly into the blood and that enables it to get into the intestinal cells and bone marrow. The incubation period from the time that exposure occurs until symptoms such as diarrhoea and vomiting happen can be between three and seven days.

After Parvo gets into the bone marrow, it kills white blood cells and causes damage to the immune system. When it hits the intestines, it causes crippling nausea and an endless bout of diarrhoea. These two severe problems make the dog grow weak very fast. The fatalities occur generally because of the significant loss of fluid and dehydration can cause shock and intestinal bacteria may attack the rest of the body and it releases toxins that are septic.

It’s believed that if a dog does survive an infection of the Parvovirus, he’s immune to it for the rest of his life because serum antibody titers remain at a high level for a long time, even once the dog is fully recovered.

Adolescent and young puppies who don’t have maternal antibodies to guard them and their immune system isn’t mature enough to protect them so the risk of contracting this deadly disease is at its peak. Most patients are under one year old but adults can sometimes also contract the disease.

There are specific dogs that have a higher risk of Parvo and they include: American Staffordshire Terriers, Labrador Retrievers, Alaskan Sled Dogs, German Shepherds, Rottweilers and Doberman Pinschers.

How does Parvovirus spread?

Vets agree that nearly all dogs have had exposure to the virus. The dog excretes the virus three or four days after exposure. Sometimes before actual symptoms even appear. Dogs also shed the virus in their faeces for 7-10 days. If infected, one ounce of the dog’s droppings has 35 million units of the Parvo and yet it only takes one thousand units to create a Parvo infection.

As well as that, Parvovirus can easily be carried on people, animals (this includes rodents and insects), tyres, shoes and mobile surfaces such as water and wind. Because this disease is very hard to eliminate from any environment and infected dogs can spread the virus so quickly, this horrible disease has spread to every vet clinic, dog show, obedience school and grooming clinic but also to the world at large in places including: every school, house, park, street, aeroplane, shopping centre, bus, train, tram and office on the face of the planet.

When a dog is diagnosed as having Parvo, he will be isolated by the vet and his environment will be disinfected and sterilized, many dogs that have minor symptoms that go undiagnosed quickly enough that they can still spread the virus for at least two weeks. In ideal conditions, it can survive for a period of six months. Sunshine, diluted chlorine bleach, steam and other disinfectants can kill this virus but sterile environments can easily get infected again.

There are various treatments. Vets can use antibiotics, intravenous fluids, nourishment and electrolytes. They can balance the dog’s blood sugar levels. They can also inject an antiemetic to decrease feelings of nausea and vomiting. These methods are not cures and they don’t destroy the virus. They’re merely supporting therapies to help stabilize the health of the dog until his immune system can fight the virus and defeat it.

As each day passes, more antibodies are created which bind with the virus and deactivate it. The race to survive is run between a weakened immune system that struggles to recover and fight, and a bacterial invasion and possible fatal loss of fluids. Puppies are in the highest risk category as their bodies are smallest and so they can’t afford to lose much in the way of essential fluids.

Electrolyte balance and fluids are the critical elements in treating Parvovirus. A typical patient is a partially or unvaccinated, four month old puppy. His chances of survival can be boosted with the use of intravenous fluids.

Even though antibiotics don’t affect viruses, they’re a vital aspect of treatment, particularly for puppies. Gastrointestinal mucosa is caused by the virus and it can protect infections, making the puppy vulnerable to all sorts of bacterial infections. Antibiotics help guard him until his own body can recover and fight.

Approximately 80% of dogs treated in vet clinics recover from the deadly disease. However, it does rely on an early diagnosis. The sooner action can be taken, the greater his chances are of recovering.

Vaccines are not a perfect protection. If they’re properly administered, most dogs and puppies will be fine. But there have been vaccinated animals still contracting Parvovirus.

While it’s no guarantee, a vaccination certainly increases your dog/puppy’s odds of being protected. However, it’s impossible to know if a dog’s immune system will react in the right way to protect the dog from disease.

Some dogs don’t have 100% perfect immune systems and vaccines don’t work 100% of the time. There are rare situations where a vaccinated dog will still succumb to the disease but it’s more common that he’ll get a mild form of the virus and get back to good health rapidly.

It’s highly recommended that another vaccination or a test to measure the serum antibody titer is done at the 15-16 week mark, particularly if the puppy is a high risk breed.

All owners want their pets to live long, healthy lives. Traditional vets regard Parvovirus as a disease that’s easy to prevent and vaccinations are a cheap part of the care you give your pet. However, some holistic vets have a different way of thinking. Both sides of the argument have persuasive reasoning.

The choices are hard. What’s more heart-breaking? To watch your pet die because of an acute disease at any age? Or to help protect him from that disease and watch him develop allergies, chronic skin conditions or an autoimmune disease and then he ends up losing his life to cancer? There are never any simple solutions.