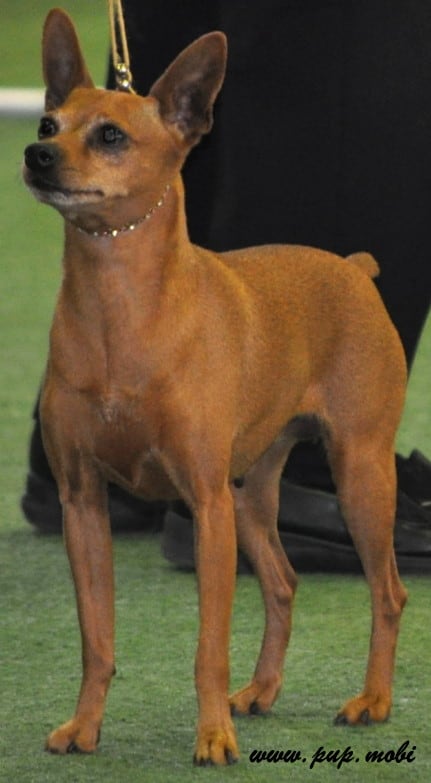 The Miniature Pinscher is a German breed. “Pinscher” is German for “terrier.” He originated two centuries ago as a rat catcher. His ancestors included the Italian Greyhound, German Pinscher and the Dachshund. He looks a bit like a Doberman Pinscher. The colour of his coat can be tan and chocolate, black, stag red (red with black coloured hairs) and red. He’s often called the “King of the Toys.”

Although he’s small, he doesn’t act that way. His gait is unique, hackney-like and high-stepping. He’s curious and lively. He’s great as a family pet and will bravely bark at strangers until told to calm down. He’s intelligent and a bit stubborn. He can live in apartments, in the city or the country. His smooth, short coat only needs occasional brushing and bathing. A daily walk is enough exercise for him. He’s 10 – 12.5 inches high.