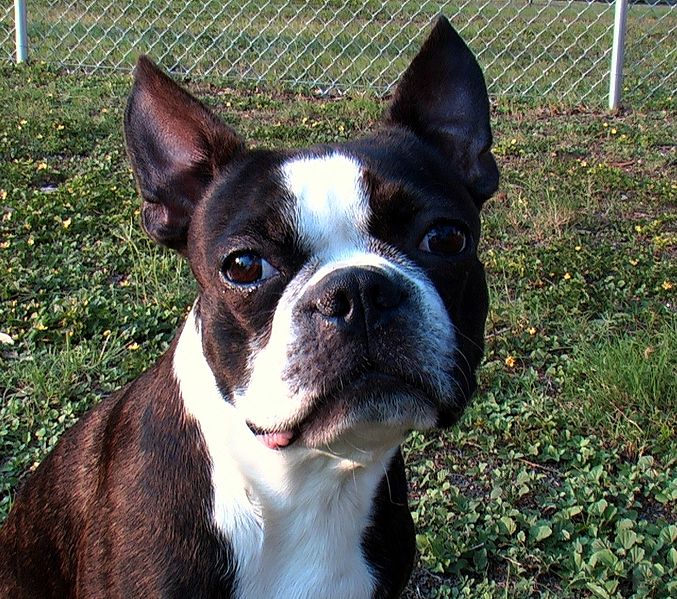 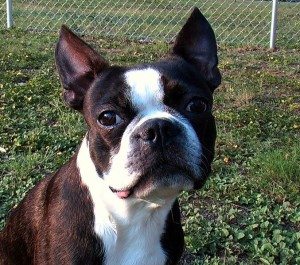 Puppy breath and kisses are two of the joys of owning a puppy. But you also get the sharp puppy teeth. However, here are four steps you can use to get your puppy to stop biting.

When a puppy is born, his ears and eyes are sealed tight so he can’t hear or see anything around him. However, he does have a mouth…capable of finding his mother and getting that delicious milk. Within a few weeks, his mouth will be used to explore anything it can…from the softness of his littermates’ ears to the hard crunch of his kibble. His mouth is a major part of his interactions with his puppy mates and his mother. This is how he socializes with others. When he first meets somebody new, he opens his mouth and licks and bites. This is a natural thing for him to do.

The biting may be cute at first…but not for too long.

These are no excuses for the biting. As your puppy grows, the biting will be potentially more dangerous and a less acceptable behaviour. Once you know why he bites, you can work on stopping it.

Any time a dog gets what he wants when he does something, he’ll learn that he just has to keep doing that thing to get what he wants. It’s common for a puppy to only hear cooing voices, even if he’s being told off for biting. Even though everyone has done it, it’s difficult to resist but is unproductive. Your puppy recognises the tone, not the words. So if he does bite and then you reprimand him by using a cooing sound, he’ll think that’s a good thing.

The same principle applies when he’s trying to get a toy from you. It’s natural to let go of a toy if he bites but that behaviour only encourages him to bite because he knows he’ll get the toy if he does so. He’s learned that lesson and will use it again in the future.

There are steps to take to discourage puppy from biting instead of him thinking you’re rewarding him. If he wants a toy and is biting, stop playing straightaway. That takes the fun and attention away, two of the things that puppy loves at that age. If you teach him that he’ll lose what he wants if he bites, he’ll learn to stop biting.

Another technique is not to coo. Use a short word such as NO! or AH! Your puppy will understand something short and sharp whenever he does something he’s not supposed to do more than if you use a long sentence to tell him off. A one word warning is easier to imbue with emotion than a sentence. It attracts his attention to you and off whatever he was attempting to achieve.

Make it uncomfortable to bite. This doesn’t mean hurting your dog. That’s not ok. But if something is not fun, puppy won’t like doing it. Some dog trainers suggest making a fist and putting that into the puppy’s mouth. He won’t like it and will do something else instead. If you do that every time he wants to bite, he’ll learn not to do it.

Another way is to wrap your hand around his jaw. It’s not tight but it stops the game and tells him it’s not ok to bite. Use the NO! or AH! to make the message stronger and that tells him he won’t get what he wants.

Remember that puppies love to explore everything with their mouths. Just like with human babies, a puppy teethes. He must chew to ease the irritation and it’s also fun to do. So get something he’s allowed to chew on.

It’s vital that you have a range of different puppy toys as only having one will make him grow bored quickly. Boredom will make him go looking for other things to chew, such as shoes, shoelaces, clothing and whatever else is within his reach. A variation in toys gives him different textures, consistencies and sounds that all help to keep his mind occupied and enables him to think he’s always exploring hew things.

Here are a few good examples of hardy toys:

An indestructible ball. If he can’t break it, regardless of how much he tries to chew it, he’ll have lots of fun rolling it around, chewing it, nosing and pawing it. You can get different sizes and textures and it reacts differently to other toys.

Plush dog toys have long-lasting squeakers which puppy loves listening to when he plays. It’s soft and keeps his hearing and biting actions busy for hours.

It’s as simple as that! Stopping your puppy from biting isn’t hard. You just need to provide some guidance so he learns good habits and is still able to enjoy himself.

Once you have trained him, you can enjoy being kissed by him with no fear of being bitten.