The Yorkshire Terrier (nicknamed the “Yorkie”) is named after his city of origin. In the 19th century he was used to catch rats in clothing mills. He originally belonged to the working class of people but eventually he became a companion of people in European high society.
He’s one of the most popular dog breeds, is determined, brave and energetic. He can live anywhere due to his size and only needs limited exercise. His long coat is tan and blue in colour and needs to be brushed regularly. He stands at 7 – 9 inches in height. 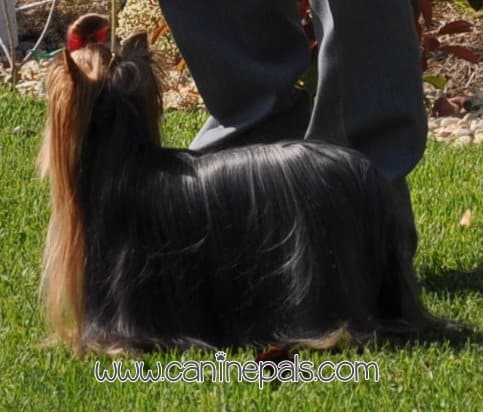