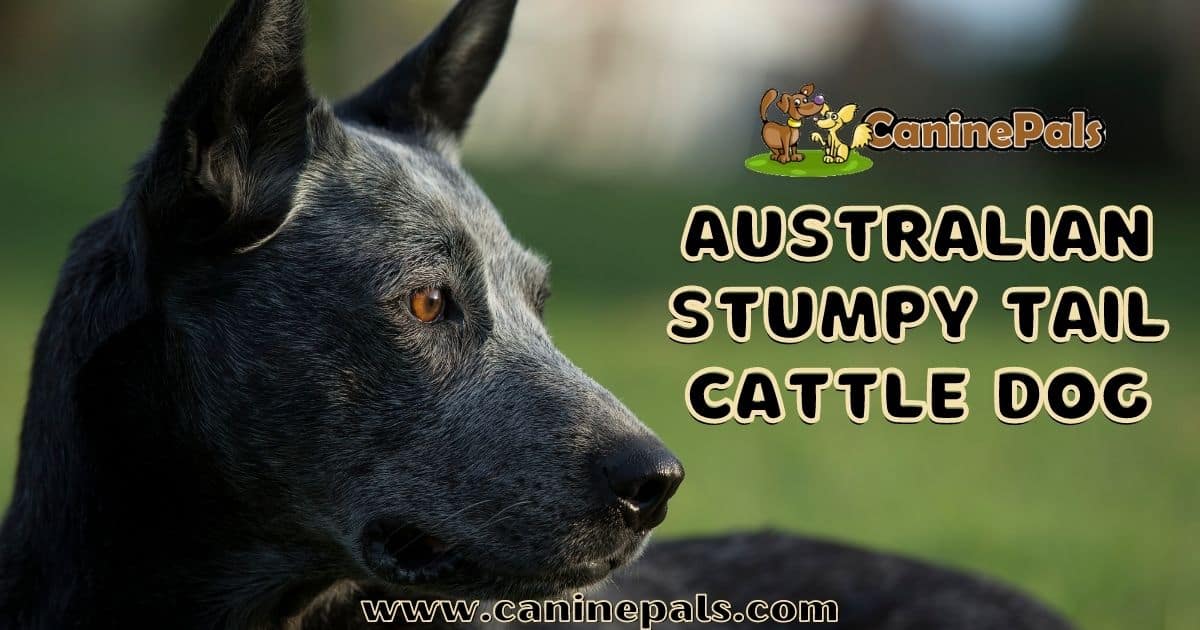 The Australian Stumpy Tail Cattle Dog is a herding breed that originated in Australia. These dogs are very intelligent and easy to train, making them excellent pets for families with children. However, they do best if they have another dog as a companion because they love the company of other animals. This article will help you understand everything about owning an Australian Stumpy Tail Cattle Dog.

Australian Stumpy Tail Cattle Dogs are a wonderful dog breed that often gets mistaken for other breeds. They have a friendly and sweet temperament, but they may not be the best family pet if you want a dog to cuddle.

This naturally bob-tailed breed; the Australian Stumpy Tail Cattle Dog, is a rugged breed with incredible stamina that is very low maintenance. However, they are incredibly loyal and will stay by your side no matter what. They don’t require much grooming, but they need plenty of exercise to keep them healthy and happy. If you’re an active person, this might be the dog for you.

Find out more about this dog’s personality and what it needs to thrive!

Is there a difference between the Cattle Dog and the Stumpy Tailed Cattle Dog? The Stumpy is the dog with no tail, this is a naturally bob-tailed breed. So it’s easy to tell them apart from their blue Australian Cattle Dog counterparts.

The Stumpy appears to resemble an Aussie Cattle Dog at first glance; however, on closer examination, many major differences can be found between these two dog breeds.

He’s a medium-sized breed and you shouldn’t confuse him with the Australian Cattle Dog (also known as the “Queensland Heeler Australian cattle dog “).

The two breeds have different gaits due to the variation in height-to-length ratios. The Australian Cattle Dog has more angulation and, therefore, a longer stride, while the Stumpy tends toward an ambling movement at slow speed.

The Australian Stumpy Cattle Dog’s ancestors were English Smithfield herding dogs. Early in the 19th-century breeders traveled to Australia with these dogs which were cross-bred with the dingoes. There aren’t many reliable records from that era and a variety of stories regarding this breed’s actual development.

These ancestors were the founders of both Australian Cattle Dogs and Stumpy Tail Cattle dogs. Selective breeding led to their own breeds.

One story was told about Timmins, a drover living in Bathurst, New South Wales did cross-breed his dingoes with the Smithfield dogs, creating a working dog, aptly called Timmins’ Biters. To reduce the dingo characteristics and to make handling the dogs much simpler, another crossbreed occurred, this time using the Scottish Smooth Collies and producing dogs with blue and red speckled dogs, frequently missing their tails when born.

Her premise was that both dogs had the same ancestors at one point. These new dogs were Halls Heelers, named after Thomas Hall. He owned a huge cattle business back in the 1830s. The divergence happened in the late 20th century. Today’s selective breeding for the short tail or tailless dogs has permanently corrected that aspect.

The ANKC ( Australian National Kennel Council) opened up the breed register to preserve this dog in the 20th century as the Stumpy almost became extinct. In 2010 the Fédération Cynologique Internationale (FCI) recognized the Australian Stumpy Tail Cattle Dog. Currently the American Kennel Club (AKC) has this dog included in their Foundation Stock Service.

The Australian Bobtail Cattle Dog’s breed type is typically proportioned and has a rugged look. His pricked ears stand and his legs are long. The tail’s uniqueness is what makes him stand out from many other breed choices. The Australian Stumpy-Tail Cattle Dog either has no tail or it’s a bobtail.

Can Stumpy Tail Cattle Dogs have tails? If he does have a tail, it’s undocked and only about four inches long. The high-set undocked tail of the Stumpy should not be longer than four inches in length.

The Stumpy Tail Blue Heeler has no tan on the legs or face. Due to the absence of black and tan in its makeup ( this breed does not possess a Black and Tan gene)thus, its color is blue, blue speckled, or blue mottled.

Both the body and head may have black markings, but there must be no brown/tan ones present at all.

In the 1970s, tan markings were accepted for a short while. It is said that the presence of this indicates backcrosses to the Australian Cattle Dog. It is believed some breeders did cross their ACDs with Stumpys in the early days; however, it wasn’t acceptable then and isn’t now either.

The red speckle must be a good, darker-red all over. This breed is allowed to have darker markings on the head. His coat is short and is either blue mottled or red speckled in color.

The Stumpy Tail Cattle Dog temperament is watchful and alert, is wary when strangers are around, but responds well to his owner. The Stumpy Tail Heeler dog is naturally a very aloof dog and can often be suspicious of strangers. This characteristic is often attributed to the Dingo.

If you plan to show him, his temperament needs to be amenable or it won’t work. All breeds of working dogs must start socialization early in his life and he requires consistent training right through his life.

This dog breed has very strong herding instincts. In dog sports, this rugged dog competes in noncompetitive herding tests, obedience training, herding trials and is recognized by the Australian National Kennel Council, and is shown in the working dog group at ANKC events.

Just like people, dogs can be subject to certain health conditions. Understanding the potential risks associated with Stumpy ownership is essential for those considering this breed. Stumpy tail cattle dogs can suffer from a number of common health problems.

As the Stumpy carries the deafness gene, all pups should be BEAR hearing tested. In addition, inherited eye problems such as Progressive Retinal Atrophy and Primary Lens luxation can affect your pup’s vision later in life unless the pup’s parents have been DNA screened before breeding begins.

Your Australian Stumpy Tail Cattle Dog will need regular veterinary checkups to detect any potential health concerns. Your vet can help you develop a health care routine that keeps this proud and hearty breed healthy.

Australian Stumpy Tail Cattle Dogs are well known for their high energy levels and tendency towards weight gain. To keep your Heeler healthy, make sure they get at least two half-hour long walks per day with plenty of active playtimes added.

Pet Australian Stumpy Tail Cattle Dogs are both adorable and prone to weight gain. Make sure your pup gets at least two half-hour walks per day as well as some playtime, with brief strolls mixed in for good measure.

Trimming your dog’s nails is a must before they get too long. If left unchecked, their claws might start clicking against the floor, which can cause discomfort for the dog.

A good rule of thumb with this maintenance task would be once or twice per month, depending on how active their lifestyle has been since the last grooming session. Your groomer should offer tips when asked about trimming the nails.

Always keep your dog’s teeth clean by brushing them regularly or feeding a meaty bone from the butcher. Your veterinarian can help you brush correctly.

A well-formulated Australian Stumpy Tail Cattle Dog diet will be helpful for a medium breed with high energy levels. Without exercise, this dog can quickly gain weight and become obese.

Good advice to keep your dog healthy is to limit treats, measure their food, and feed them twice a day rather than leaving it out all the time. The Stumpy Tail Cattle Dog’s nutritional requirements will change from puppyhood to adulthood and continue to do so as they grow older.

A veterinary professional can recommend the best dog food for your Australian Stumpy Tail Cattle Dog.

Stumpies have a double coat which means they shed. People with allergies should avoid this breed because it is known to cause allergy problems. Daily brushing with a firm bristle brush will help quickly remove the shed hairs.

It’s essential to know the origins of your Australian Stumpy Tail Cattle Dog and what they require from an exercise standpoint. If you don’t, it could lead to some unexpected problems down the line.

The Australian Stumpy Tail Cattle Dog was originally bred in Australia as a working dog that would herd cattle by nipping their heels or biting them on the hindquarters if needed. They are energetic dogs with high intelligence.

This social animal thrives on attention, so make sure your pup has plenty of opportunities to get out and play every day. While they might not be well suited for tiny homes or apartments, these active animals will love running around in a large yard or on a rural property all day long – especially if there’s another playful friend.