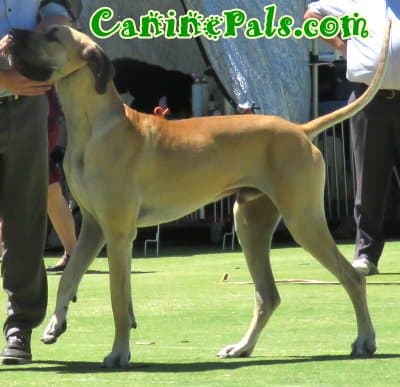 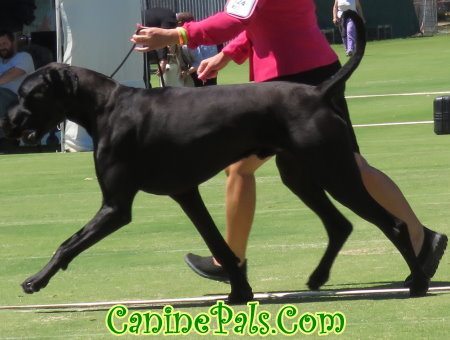 If your beloved canine has a bad habit of marking, you’re probably quite frustrated. However, it’s a problem that can be fixed with a bit of effort on your part. You can start by reading through this article in its entirety because you’ll need to follow all the steps if you’re to eradicate this problem.

What is Dog Marking?

If your dog needs to urinate, he’ll empty his bladder in a natural act.
Marking, on the other hand, is different. Your dog:
• Will spray tiny amounts of his urine, not vent his whole bladder.
• Despite being housetrained and never leaving any little piles in the home, will still spray small amounts of his pee.
• Will mark items in your home such as legs of tables, entrances to the house, the entrance to your bedroom and, in extreme cases, your bed itself.

• Male dogs mark more often than females.
• Neutered dogs can still mark but they won’t do it as often as dogs that haven’t been neutered.
• From a technical point of view, marking isn’t a case of your dog not being housebroken properly. Even if a dog has been properly housetrained, he may still leave his mark inside your home.

Other forms of behavior you may think are marking habits:

Your dog may keep marking, regardless of what you do to stop it, because he has a different problem you don’t know about. You’ll never solve your dog’s marking problem until your vet conducts a full assessment to determine what else might be happening:

• Not completely housebroken. This issue is the main problem that gets misdiagnosed as marking. He may poo and pee each time you go outside with him but this won’t mean he’s fully trained.
• If your timing is perfect, he could simply be letting go wherever he ends up standing and that may very well be in the spot you have selected as his bathroom space.
• This is simply convenient, coincidence and good timing, also not true indications that he knows how to follow your rules. He’s just a dog who is following you wherever you go (i.e. outside and to the bathroom).

If you think he’s confused about the rules for housebreaking, not for marking, perhaps he needs to receive further training.

There are numerous reasons why a dog may not be able to control his bladder. Here are just a few: bladder stones, bladder infection, kidney stones, kidney infection, urinary tract infection (UTI) and diabetes.

A dog may mark for many reasons:

If your vet has already told you that your dog has no health reasons for marking, and you’re positive he comprehends the housebreaking rules, it’s time to focus on what else may cause marking:

Not understanding the structure of the hierarchy.

• This is the number one cause of marking. The hierarchy is the leadership balance within the home. A dog doesn’t believe everybody is equal. There must be a leader (Alpha) of his family (pack) within the home (den). Everybody else is a follower (Beta) and the leader is always followed. That’s the way a dog’s world works.
• When a canine believes he’s the Alpha, that’s a reason for him to hold his so-called title by marking. If he suspects an Alpha role is vacant, he could mark in order to become the new Alpha.

• As a human, you’ll assume you’re the pack leader because of everything you do to care for your dog. However, the dog may see things differently. Even if you have a toy dog (and there’s obviously a huge difference in size), your dog won’t just assume you’re the leader.

• If a dog believes his humans are inferior to him, he’ll likely mark the territory, following established standard dog rules.

• Looking at it from a different angle, some dogs have a powerful belief that they’re the Alpha and one aspect of that role is to protect everyone within their home (human and canine alike). To protect them, he’ll claim his territory and tell possible trespassers that I’m here to guard this home and all who live here. Stay away!”
• To reinforce this, he’ll mark parts of the home deemed important such as entrances and potential vertical items.
• He might mark the bedroom entrance and even the bed itself. A lot of owners get upset if their pet pees on the bed. They think he’s “being spiteful” or “getting back at them” for something. The truth is that he’s marking to protect his human follower from intruders so, in an obscure way, it could be regarded as a compliment.

• A dog may even pee on your leg if you’re standing still or on your foot if you’re seated. However, this is clearly when the dog is confused about the correct hierarchy guidelines.

• If you’re cuddling your dog and he urinates in your lap, it may be because of a health problem directly weakening his bladder, because he’s highly stressed, or in extremely rare situations when he has a genuine desire to get to his bathroom.

A need to compete with other creatures. 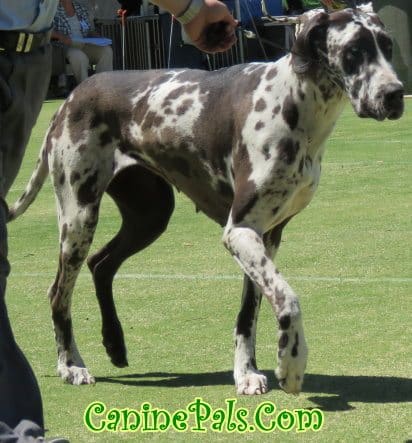 If a home has the correct hierarchy, people are Alphas and the dog is the Beta.
If there’s more than one dog, they’ll all be betas BUT there will still be a canine Alpha. If a dog doesn’t know who the Alpha really is, several dogs may fight for the right, and they often use marking as a tool in their arsenal.

• Territorial marking can be one strong reason why dogs that haven’t been neutered will mark more often than those who have been fixed.
• Un-neutered males have powerful urges to start mating. Their strong sense of smell means un-fixed female dogs can be noticed from as far as three miles away.
• This means the dog over the fence, one up the road, or even a dog that’s unseen may still cause your male dog to mark his territory. When it comes to females that haven’t been spayed, their heat cycle arrives and hormones increase, causing their mating urge to intensify.

Steps to take to stop your dog from marking.

• It’s important to understand that these tips should only be used if all health problems and other possible causes have been eliminated by you and your vet:

• If not already done, consider having your dog spayed or neutered because that will stop him marking and making him do everything in his power to announce himself to all potential mates.
• Thoroughly clean any area that your dog has marked. Use a good quality enzyme-destroying formula to eliminate the microscopic particles in the urine so nothing is left. Soap and water isn’t effective because it may cause your dog to mark the area to mask that smell, which remains long after the attempt to clean with soap has happened.

• Block possible sightlines to other dogs such as fencing off your yard at the front and back to avoid your dog seeing other neighborhood dogs and any that may be going past your home. Inside, close curtains if you can, especially at the front where digs going by may be visible.

• Watch your pet and, if you suspect he’s about to cock his leg, distract him by calling his name, loudly clapping your hands, or tossing a ball or toy at him. Then take him directly outside to his bathroom area. If he does pee pee outside, praise him and give him a small reward to acknowledge good behavior.

• If you’re unable to watch him, or keep him inside when you go to work, keep him comfortable in a pen or behind a gated area.

• Re-assess the dog’s hierarchy and make sure that it’s right. If it’s incorrect, you can improve it in a few ways.
1. Don’t give him anything to eat unless he obeys the “sit” command.
2. People must go in and out of the house first.
3. Ensure he obeys the “heel” command.

Behavioral marking patterns when you have two or more dogs: 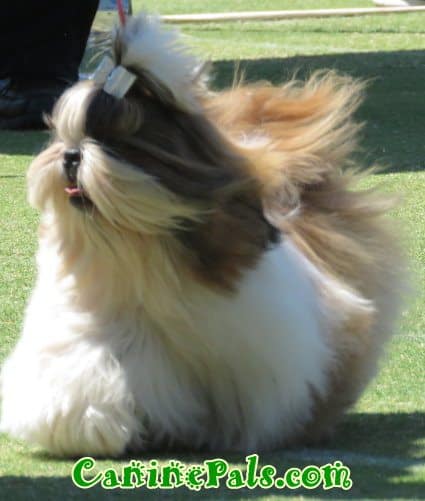 Dogs may mark because they’re trying to establish the canine leader:
Until the Alpha dog is determined, there will always be some sort of battle going on. If both think they’re the Alpha, it will help you know who is trying harder to be the Alpha Dog.

After you know, you’ll be able to help your dogs by doing everything for your Alpha dog first. At meal time, feed your Alpha first. If you give them treats, you’ll give the Alpha a treat first. At walking time, put the leash and harness on your Alpha first. Following these steps helps your dogs appreciate that you (as the human leader of the “pack,”) comprehend that strong “pack hierarchy.”

It’s also critical that your Beta dog(s) feel just as loved and important as your Alpha. It’s not negative to NOT be an Alpha. You’ll decrease the stress felt by all of your dogs if they know where they stand in the pack. You should always follow the steps necessary (as mentioned previously) to stop your dog(s) from marking.