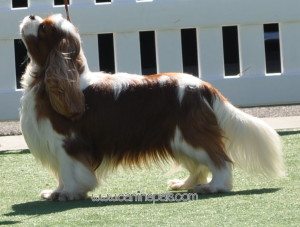 The Cavalier King Charles Spaniel is the namesake of Britain’s King Charles II and has appeared in tapestries and paintings alongside aristocratic families. This dog was considered a “luxury item” and lived a great life as a pet. He has been used as a game dog but his main role has always been as a companion.

He’s an energetic, elegant dog that can live in the city or country equally well. He performs well in agility, obedience and conformation shows and is also a great therapy dog because of his gentle demeanour. His coat’s colour can be ruby, black and tan, tricolour (tan, black and white) and Blenheim (white and chestnut). His coat needs weekly brushing but doesn’t need to be trimmed. He likes long walks but is equally happy asleep on the couch. His height is 12 – 13 inches. 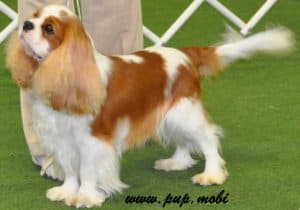 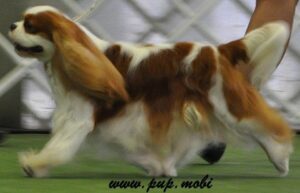