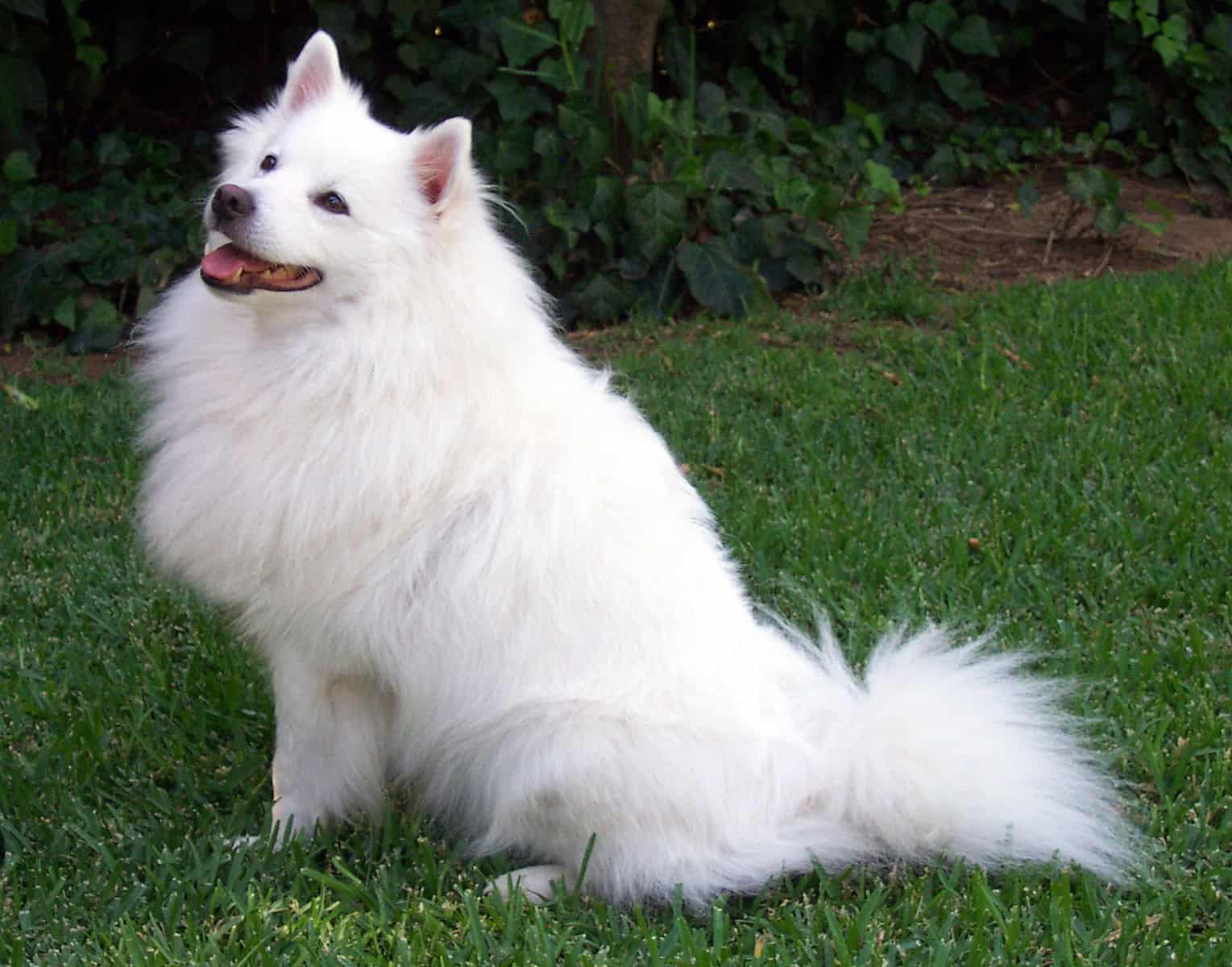 There are many foods that humans eat with perfect safety BUT if the same food is fed to dogs, it could poison them. Admittedly, it can be tough when you’re enjoying a slice of delicious chocolate cake while your dog is drooling at your feet but refuse to give in and offer a little to him.

While such foods may cause you to gain weight, your beloved pet could suffer as a consequence of a momentary lapse in judgment on your part. Here are some of the foods dogs must never be allowed to eat.

Avocados are top of this list because they carry a fungicidal toxin (persin) that’s harmless to human beings but can be dangerous for dogs. Pepsin exists in the fruit, bark, seeds and leaves of avocado plants so be very careful if you grow them at home.

Alcohol is far from being the ideal liquid to keep people hydrated. It’s not good for dogs either. The effect it has on a person’s liver and brain also happens to dogs but the effects happen much faster. A very small amount of of alcohol in a dog can cause, diarrhoea, vomiting, depression, poor coordination and in worse cases, it can affect breathing, may send a dog into a coma and may even be proved fatal.

Garlic also sits high on this same list. Garlic is controversial. Some say not to feed dogs with it and others say you can. So it’s a personal choice but it’s best to err on the side of caution.

Onions are bad, regardless of the form they’re in when consumed. The can destroy red blood cells within the circulation system, causing haemolytic anaemia. Some forms of baby powder even contain ground up onions so read labels properly. Onions may cause vomiting, anaemia, a dull coat, breathing trouble, anorexia and perhaps kidney problems.

It’s unclear how much should be consumed before it causes major problems but it’s more likely that the effect is cumulative. So if your dog ate a very small amount once or twice, it’s unlikely to cause any harm.

Tea, coffee and other forms of caffeine can cause, restlessness, muscle tremors, fits, bleeding, heart palpitations and, if enough is consumed, it may prove fatal. There’s caffeine in chocolate and certain medications so your dog can’t have ANY!

Raisins, sultanas, currants and grapes are all poisonous to dogs. They can cause permanent kidney problems and may even be fatal. Give your 20 pound dog 4 individual raisins, etc., and he’ll become very ill.

Symptoms may include: lethargy, vomiting, abdominal pain, loss of appetite, depression and reduce urinary output. Symptoms may take up to 24 hours to manifest but can occur as soon as 4-5 hours after consumption.

Nuts such as pecans, pistachios and almonds are dangerous for dogs if consumed. Macadamia nuts appear to be the worst nut of all. They can cause serious side effects and death may result if the feeding continues.

Even a few raw or roasted macadamias may cause weakness, muscle tremors, fever, vomiting and an increased heart rate. Adding chocolate to any nut magnifies the problems immensely. Symptoms may take 24 hours but could appear within 6 hours.

Pistachios are high in fat and can trigger an upset stomach. Over time, consumption of this nuts can cause pancreatitis to develop.

Black walnuts have been known to upset a dog’s stomach and even cause an obstruction if swallowed whole. Mouldy black walnuts are more harmful. They have toxins that are made by a fungus, loss of control over muscles and also vomiting.

Japanese and English walnuts have a mould that releases a dangerous tremorgenic mycotoxin that can cause seizures and muscle tremors on dogs. Pecans and hickory nuts follow the black walnut pattern.

Hickory nuts and walnuts can vary in the symptoms they cause a dog. Fresh nuts aren’t as dangerous as mouldy nuts. Dogs love almonds but can’t have them because they can upset a dog’s stomach. Mouldy hickory nuts also contains the tremorgenic mycotoxin.

Chocolate is delicious but all forms are bad for your beloved dog. White chocolate causes the same issues as normal chocolate. Unsweetened baking and Dark chocolate are the most toxic of all chocolate varieties. 2 ounces of baking chocolate can poison a 20 pound dog. It would take 20 ounces of the normal milk chocolate to cause the same damage.

Theobromine is the toxic component of this tempting crowd pleaser. If your pet is given any at all, symptoms include: tremors, diarrhoea, vomiting, increased thirst, abnormal heart beat, coma and possibly death.

Cherries, persimmons, plums, apple seeds and peaches aren’t harmful to dogs as far as the actual fruit goes. It’s the pits or seeds that cause these fruits to be included in this list. Small dogs will often eat pits. These contain a known toxic agent harmful to people as well as dogs. The agent is cyanide. If that’s not bad enough, it may block the dog’s intestines. Dogs are allowed to eat apples as long as the fruit has been cored first.

Raw eggs are very appealing to dogs but must be cooked before they can eat eggs. There are 2 reasons why they need cooking.

particular vitamin B. If fed raw eggs over a long time period, skin and coat  problems may occur.

Yeast dough must be left to rise in a place where the dog can’t get to it. If a dog eats some of the rising dough, it will keep rising inside his tiny stomach. The dough will inevitably stretch the skin and cause intense pain…and the dough may ferment in the dog’s stomach and cause alcohol poisoning.

Xylitol is a chemical sweetener manufacturers often use in sugarless gum, mouthwashes, toothpaste and certain medications. It’s also an ingredient in lots of baked goods that are safe for humans to eat. Xylitol raises insulin levels and can cause hypoglycaemia. Symptoms dogs may have after consuming this chemical include: lethargy, vomiting, bad coordination, seizures and perhaps liver failure.

Wild Mushrooms grow in the wild and can also grow in people’s backyards. Humans know to sample things before fully eating them. Dogs have an overwhelming curiosity to try anything they see.

The toxins contained in wild mushrooms can cause severe damage to the brain, kidneys, liver and other organs if consumed. Symptoms include: seizures, vomiting, coma and death. People should check their yards regularly to eliminate any mushrooms that start growing.

Bones and fat trimmings are well-loved by dogs but aren’t good for you or your beloved dog. This is the uncooked or cooked fat that people have trimmed off meat because they didn’t want it. Too much of this can cause pancreatitis.

Cooked bones are the most harmful for dogs. They may splinter or break while being chewed and this can cause lacerations, cuts and other similar problems in the mouth and digestive wall. They can cause choking or obstructions. Fish bones cause no problems if uncooked so it’s normal to use them in raw diets.

Salt can cause extreme thirst and, obviously, excess urinary output for your dog if he has too much salt on his food. If a dog’s intake of salt is high, it’s possible to contract sodium ion poisoning. Symptoms include: diarrhoea, vomiting, fever, tremors, seizures and may sometimes prove fatal. Think twice before letting your dog have salty food of any type.

Iron tablets for humans are good for people but may be dangerous for dogs. Some people believe it’s fine to feed the dog the same foods as their children, without first checking if the foods are safe for dogs.

There are lots of drugs that are OK for dogs as well as people. However, there are others that may cause severe symptoms and so should be avoided. Iron tablets for people may cause damage to the intestines and stomach wall, thereby being poisonous to your kidneys and liver.

Ok, vitamins aren’t actually food. However, some might argue about that. This was included in the list of foods that are considered to be toxic to dogs…to see if you were able to catch this “error.”

More about medications that are fine for people and ones you can give a dog. Prevention is much cheaper than a more expensive cure. Increase your knowledge of foods that are bad for dogs and your home will be less likely to be harmful for your dog because he won’t be able to get at anything dangerous.

Events can happen in a split second.

What’s your first move if you think your dog has eaten something poisonous to him?

Keep your vet and 24 hour emergency vet hospital details close by so you can ring the moment you realise you need urgent help.