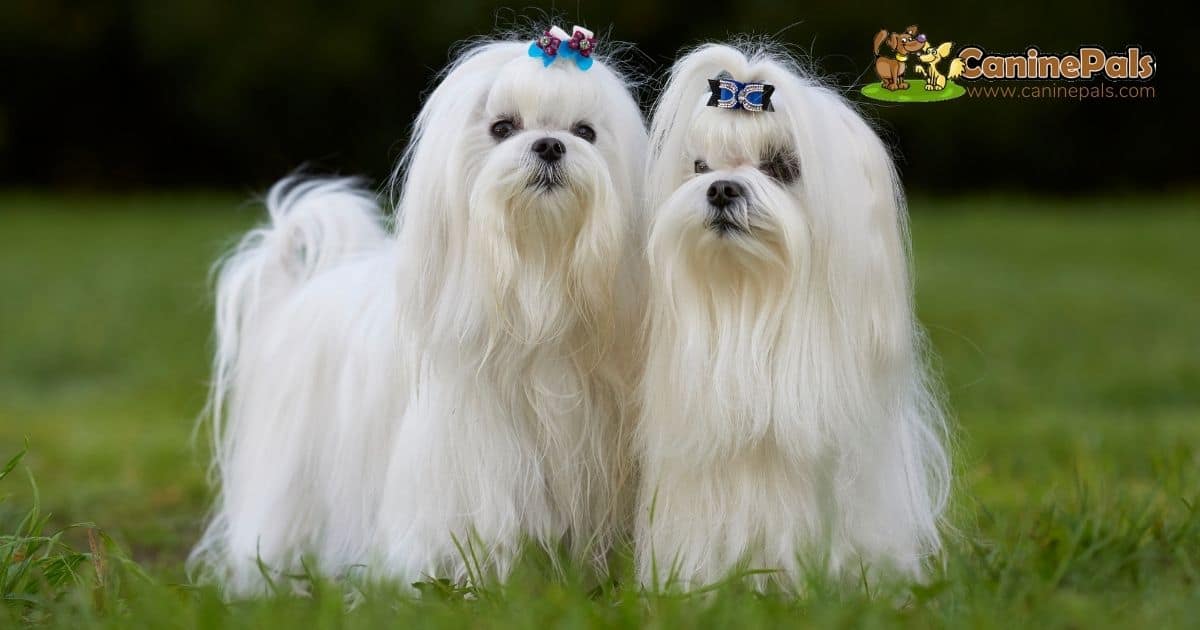 Are you interested in buying a Maltese dog and want to find out more before you make your choice on a Maltese boy or girl? Before we get into the subject of differences in male and female Maltese, you need to understand a little about the Maltese dog history.

The Maltese came from Malta and used to be called “Ye ancient dogge of Malta.” He has existed for more than 28 centuries and has been owned by royals right around the world. Even back in the 1500s, he was able to be sold for $2000.

He has always been the same size as he is today and is known as an aristocrat in the dog world. Despite his size, he’s fearless and brave. He’s one of the most mild-mannered of all small dogs but he also has lots of energy and is very playful.

He’s a fast learner and is intelligent, clean, and refined. He’s a good family dog. His coat is silky, long, and white and needs to be brushed every day and groomed frequently to stop his coat from matting.

Differences in Male and Female Maltese

It is no secret that Maltese are loved and fancied by dog parents. In fact, it’s hard to stop talking about their charm and cuteness. Many intending Maltese owners have gender-based questions concerning Maltese. The gender differences are very subtle in Maltese, but they exist. In this post, we are going to answer most of the questions about differences in male and female Maltese and is a male or female Maltese better?

Is a Male or Female Maltese Better?

When you are choosing a Maltese, it is important to consider the advantages and disadvantages of both genders. Males tend to be more territorial than females during mating season as well as in their adolescence stages.

Males may also get aggressive with other male dogs. Female Maltese will typically play together even when mature; however, there’s always an exception since some males can live happily side by side for years while others go after each other immediately upon meeting.

Let’s have a look at some vital stats of Maltese:

The difference between male and female Maltese is not very obvious because they look so similar from afar.

The male Maltese is slightly taller than its female counterpart and should be eight to ten inches tall at the shoulder. However, their weight never exceeds 7 pounds, just like the female Maltese.

The female Maltese is slightly shorter than their male counterparts. An adult female Maltese should be eight to nine inches tall. However, their weight never exceeds 7 pounds, just like the male Maltese.

Characteristics of Male and Female Maltese

Male and female Malts are equally amazing, but each one has a bit more of certain traits than the other.

Male Maltese are usually more outgoing and friendly. They are more accepting of new people, other pets, and children as well. Male Maltese tend to be more attached to people and form solid dependent relationships. They have a reliable temperament and are less moody.

Female Maltese usually have a more reserved temperament. They are less accepting of visitors, other dogs, and new situations. Like many other females, a female Maltese is more susceptible to mood swings and is likely to have its favorite in the family.

Both male and female Maltese are intelligent and easy to train. They learn best by positive reinforcement methods.

Female Maltese tend to be more focused during training sessions. They are less distracted and learn new things quickly. A female Maltese is more interested in getting the tasks done so she can return to her safe space. Maltese girls are a little easier to housebreak.

Male Maltese have a highly playful nature. Although they tend to learn new things pretty fast, they are easily distracted during training sessions. Male Maltese require more time and patience to adapt to new commands.

In any case, male and female dogs can both be trained, but it’s important to start early and be patient.

Aggressive behavior depends more on your dog’s training and upbringing than gender. Every dog is individual and both male and female Maltese can be aggressive. As part of social ordering behavior, male Maltese are more likely to posture, threaten, and challenge.

Many of the biological differences between Maltese boys or girls are tied to their reproductive hormones.

For Maltese girls, that means the start of their heat cycle. This occurs twice a year for two to three weeks unless they are spayed.

A walk outside during heat season can become risky if male dogs are in the vicinity.

Male Maltese are sexually active all year long and do not have seasons unless they are neutered.

When Should You Have Your Maltese Spayed or Neutered?

You should have your male Maltese neutered after he has reached the age of puberty. If you do not neuter your Maltese boy before eight months of age, he is likely to start marking his territory.

For female Maltese’s, there is no dead set answer as to when you should have them spayed. Many experts recommend spaying before the first heat. Remember that Female Maltese should be spayed between seasons and not during them.

Neutering and spaying your Maltese will also ensure that your fur buddy is on its best behavior at all times.

Female Maltese can reproduce as young as four months old, and male Maltese can as of six months. Vets typically suggest that you should have your Maltese spayed or neutered between the ages of four and nine months. We would recommend consulting your vet for a personalized viewpoint.

The upkeep maintenance cost of female Maltese is usually higher than males due to breeding challenges. Also, spaying a female dog is more expensive than neutering a male dog.

Maltese females tend to live a bit longer than males. Usually, a female, in the same health as a male, will live about 1 year longer on average. The majority of differences in Maltese longevity seem to be due to the effects of spaying and neutering. Spaying or neutering a Maltese can promote a longer, happier, and healthier life.

Both Maltese boys and girls sometimes have different sex-specific health issues. Neutering and spaying your dogs can reduce many of these health risks. The timing of both male Maltese neutering and female Maltese spaying can also impact a dog’s risk for developing certain diseases and health problems.

Female Maltese may develop mammary tumors or an infected uterus. Spaying a female dog before her first heat cycle greatly reduces the risk of her developing mammary tumors.

Deciding whether to add a male or female Maltese is a personal decision. Regardless of gender, a Maltese that fits your lifestyle and blends perfectly into your family is the best Maltese for you.

Many persons who have both male and female Maltese will tell you that the little differences don’t really matter in the large picture. The little issues can be fixed through training. The most important thing is the individual health and temperament of the dog.

Rather than wondering whether a Maltese is male or female, you should learn how male and female Maltese behave, the reasons for their behaviors, and how you can handle them. Both genders will make wonderful companions.