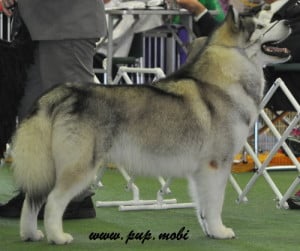 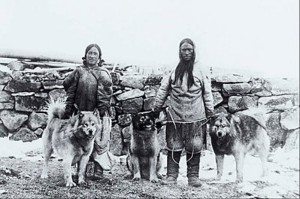 The Alaskan Malamute has great endurance and strength and is very athletic. He’s designed to move big loads over large distances, not to race. He can be a pet but he also loves pulling a sled, jogging, swimming and back-packing with his owner. He has a coarse, thick coat and a plumed tail. The colour varies from black or light gray to red or sable. He often has facial markings such as a cap on the head and/or a mask/bar on his face.

The Malamute was named after the Mahlemuts, an Innuit tribe living in Alaska. He’s used as a sled dog in the Arctic and is related to the American Eskimo dog, Siberian Husky and Samoyed. He needs daily exercise, occasional bathing and regular brushing of his coat. He stands at 25 inches tall and weighs 85 pounds. The females weigh 75 pounds and are 23 inches high. 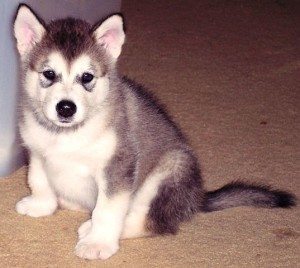 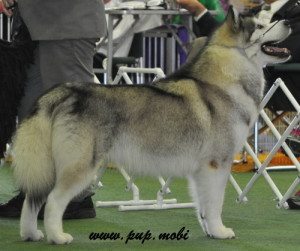