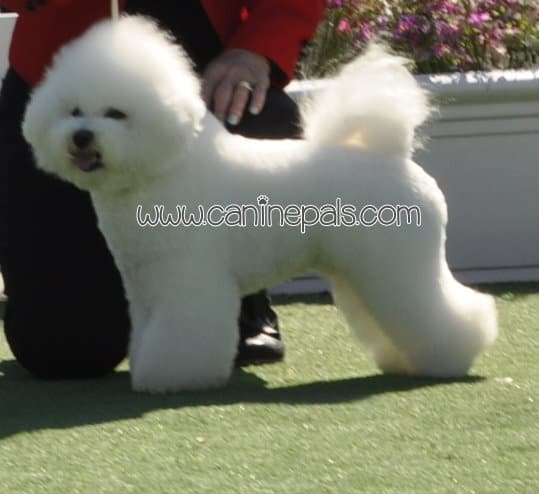 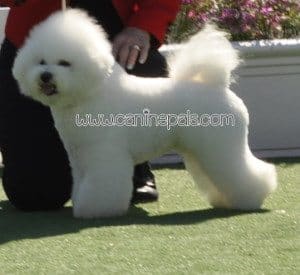 The Bichon Frise is descended from the Water Spaniel back in the 13th century in Spain. He was featured in many Spanish paintings. He was traded by sailors in different countries and became popular in France in the 16th century in their royal courts. He used to work as a circus dog but today is mainly a pet.

He resembles a cotton ball because of his curly doubled coat which has a silky undercoat and a textured outer layer. Although it will be white, it may have small amounts of cream, buff or apricot on his body or around his ears. The Bichon is a playful, yet gentle dog who loves being active and needs regular exercise. His hair doesn’t shed but it grows fast so needs lots of grooming. He’s an ideal pet for people with allergies. He’s small, standing at 9.5 – 11.5 inches high. 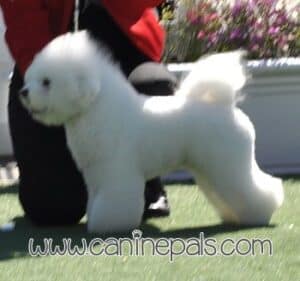 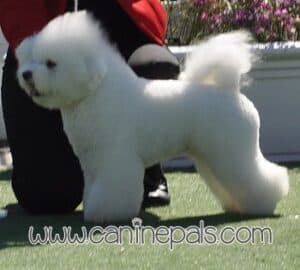 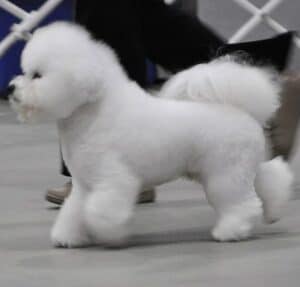 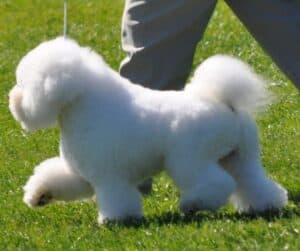 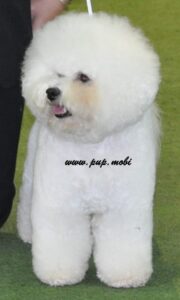