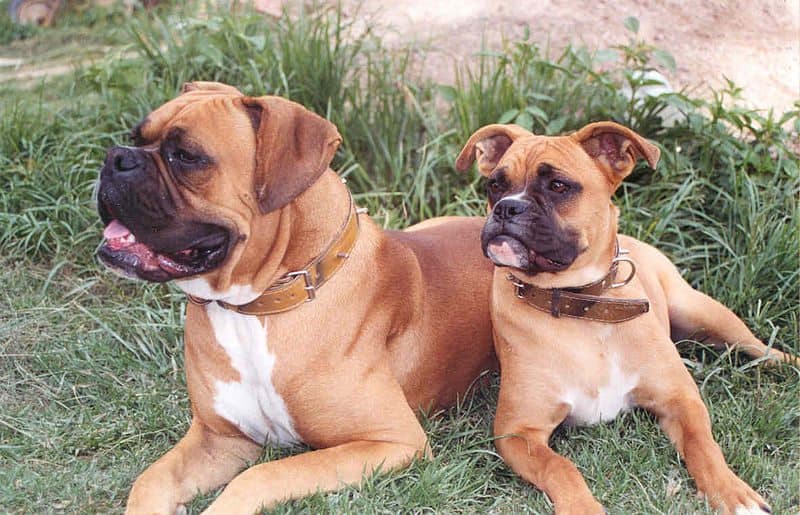 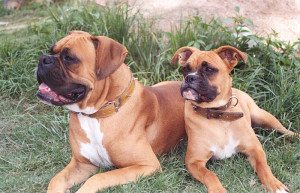 The Boxer originated in the 19th century in Germany. He was used for dog fights and for running down and trapping large game such as bison and boar until his owners could catch up to him. He’s well-known for standing on his hind legs and “boxing” his opponents, in the same way a human would. After WW1, he was imported to America where he gained great popularity.

The Boxer is intelligent and an instinctive guard dog but he loves being with people, especially with children. He’s a great courier in times of war and is also a good Seeing Eye dog. His coat is either brindle or fawn in colour and is among the most popular of all dogs in America. He must have daily exercise and he doesn’t need much grooming, His height is 21.5 – 25 inches. 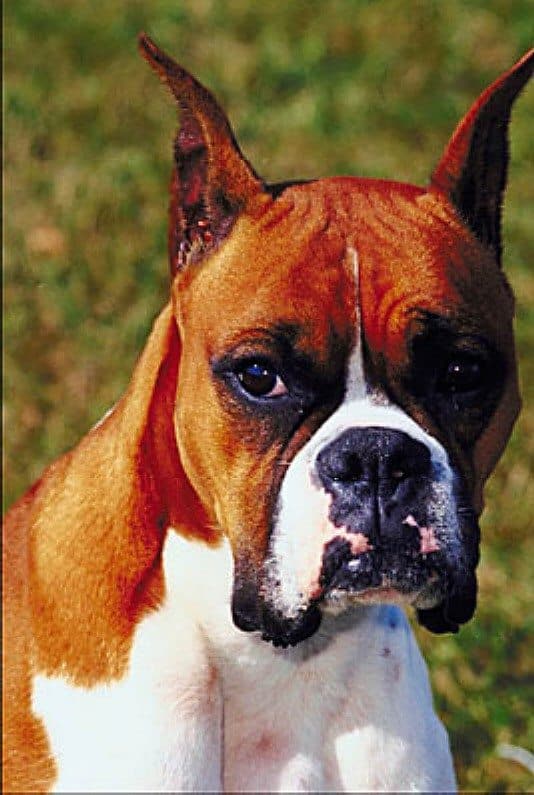