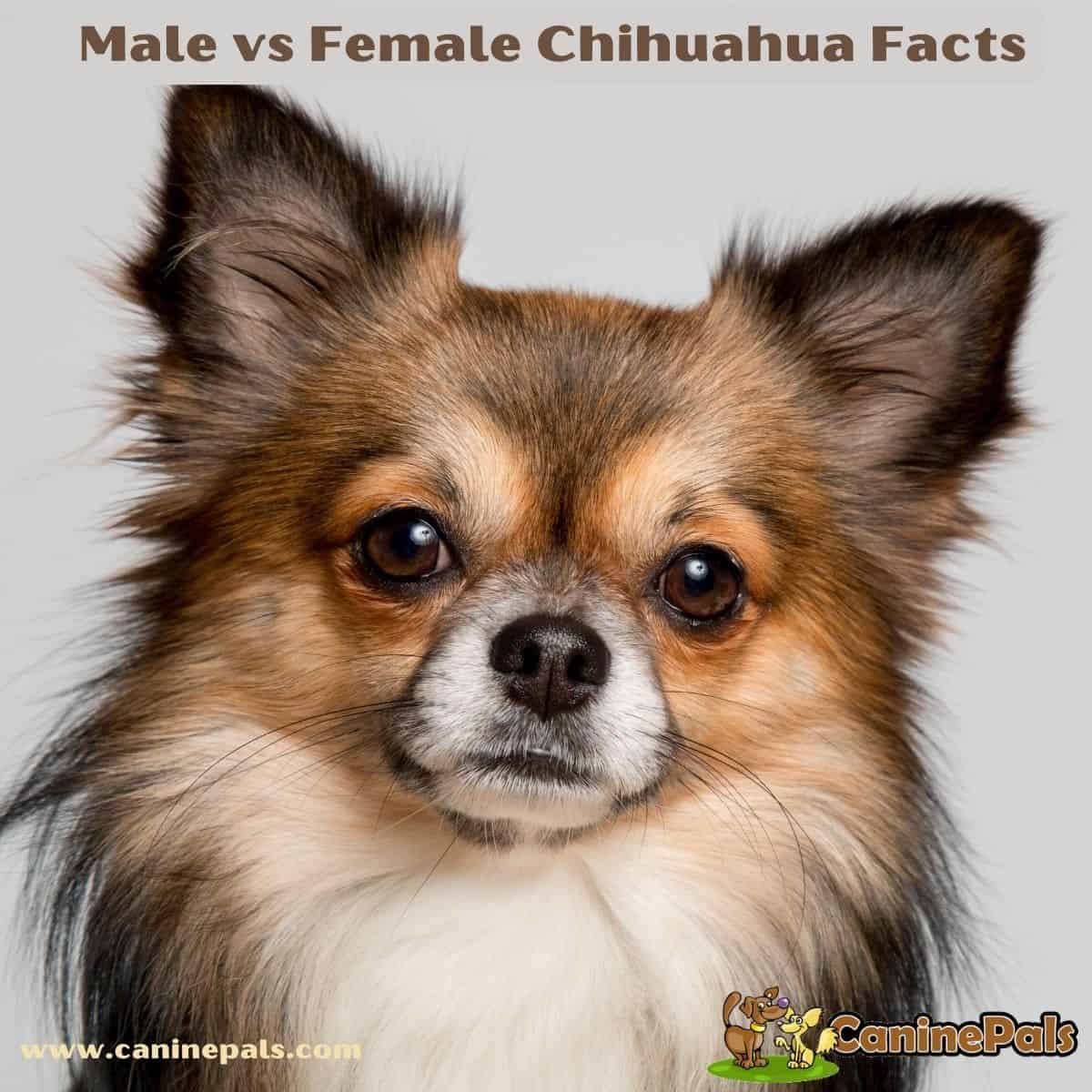 The reason why you stopped on this article is that your heart is set on adopting an adorable Chihuahua puppy or you might just be wrestling with an idea about getting a second chihuahua. You want to know which gender is better suited to your lifestyle. Should you buy a Chihuahua male or female? If you already have a male or a female Chihuahua, is it possible to adopt another as your second Chihuahua?

Sadly, these are not the easiest questions to answer, and they will require a lot of research. Some marked differentiation between the two genders can affect which one will be right for your household.

So to overcome this hurdle, we have compiled the most important personality traits of Chihuahuas below. These will certainly help you make a better decision.

Chihuahua Facts You Need to Know

The Chihuahua is sassy and intelligent and, even though he’s small, he shouldn’t be underestimated. The Chihuahua dog has two coat types, long coats and smooth-coated varieties of this dog breed. His coat can be any color and can be short or long. He’s ideal as a family pet due to his size.

He doesn’t need much exercise and is a great pet for apartments and city living. He can be extra sensitive to cold weather. If he has a short coat, it doesn’t need much grooming. If it’s long, it needs occasional brushing and grooming. He’s 6 – 9 inches tall and weighs less than 6 pounds.

The Chihuahua is believed by some people to have descended from the Fennec Fox, a small creature with big ears and eyes. However, this isn’t necessarily accurate as his historical records are vague and Scientists do not believe a genetic connection is possible between the two different species.

This dog breed is named after the Mexican city where he was found. He is often used in religious ceremonies and as a pet for the upper class. He’s also known as a “purse dog” as he was used in the movie “Legally Blonde.”

Let’s have a look at some vital stats about Chihuahuas:

The male Chihuahua is slightly taller than its counterpart and can grow up to 9 inches in height. However, their weight never exceeds 6 pounds, just like the female Chihuahua.

Deciding between a male and a female is not straightforward. No personality trait will hold 100% true for either gender. Each Chihuahua has a personality of its own and their temperaments depend upon various factors.

Below, we have described some outlining characteristics of each gender to give you a general idea of how your Chi may behave.

A particularly important factor in the Chihuahua’s temperament is whether or not they have been fixed. When the pooch is not spayed or neutered, its instincts can be amplified. Hormones play a huge role in the physical and behavioral characteristics of a Chihuahua and are different for each gender. First, let’s look at the female side of things and examine Chihuahua female dogs behavior.

Female Chi’s that have not been spayed can have issues that are harder to deal with. Not fixing her means she will go through a regular heat cycle. This can cause behavioral and physical variances.
Below are some of the things non-spayed Chi girls will go through:

Non- Neutered male Chihuahuas have their own set of personality characteristics. Here are some of the most common male Chihuahua behavior traits:

All male Chihuahuas will feel the need to mark their territory. He will accomplish this by urinating a small amount on different items.

Male Chihuahua tends to test the boundaries with their owners. This behavior will be amplified if they are not neutered. They will ignore basic commands and guard their belongings.

All male Chihuahuas whether fixed or not will have the urge to hump. Surprisingly though this has nothing to do with mating.

A non-neutered male Chihuahua dog will look for ways to mate. This is their natural behavior and they can even smell a female in heat 3 miles away. That being said, you may not be able to see the reason why your pup abruptly gets anxious or wants to take off.

Finally, Chihuahuas that are not fixed are at a greater risk of certain health risks which brings us to our next topic.

Both male and female Chihuahuas are at risk for some potentially deadly health concerns. When they are not fixed, they are more likely to develop such serious diseases. First, we will start with the males. They are prone to developing the following:

This is where a male’s testicles don’t descend. As a result, the additional levels of testosterone can generate more aggressive behaviors, a higher risk of cancer, and a deadly condition called torsion.

This is a form of cancer most common in male dogs and will spread instantly to other parts of the body. Neutering your pup will lessen the possibility of him developing this disease.

For non-spayed females, this form of cancer is the most common and almost a quarter of female chihuahuas develop this deadly disease.

Another painful health hazard is ovarian cysts and tumors. But this is not a common ailment of female chihuahuas.

Other than these issues, both male and female Chihuahuas will experience various other health problems during their lifetime. So it is best to get your beloved pal checked out regularly by a licensed vet.

After analyzing all the data, you should be wondering as to which gender of a chihuahua is better for you. In order to narrow it down, here are two important factors that you should take into account:

Even if you take control of the situation from your end, you still might want to scope the other dogs in your neighborhood. Male Chihuahuas will do better if you have a park nearby for their daily walks. In comparison, females will do better in apartments or smaller homes.

But in the end, you have to decide as to which gender suits you best.