The Pug is one of the world’s oldest dogs, having been around since 400 B.C. Most people think he comes from Asia as he resembles the Pekingese. His earliest known history is in China where he was a pet for the Buddhist monks. He later appeared in Europe and Japan and became popular when Prince William II ascended to the throne in England and owned Pugs.

His sole reason to live is to be with his people and to please them. He’s playful, even-tempered and outgoing. He’s also a great show dog. His coat can be black, apricot fawn, silver fawn or fawn and he has an obvious face mask. He can live comfortably in an apartment as he doesn’t need much exercise. His coat sheds but it doesn’t need much grooming. He stands at 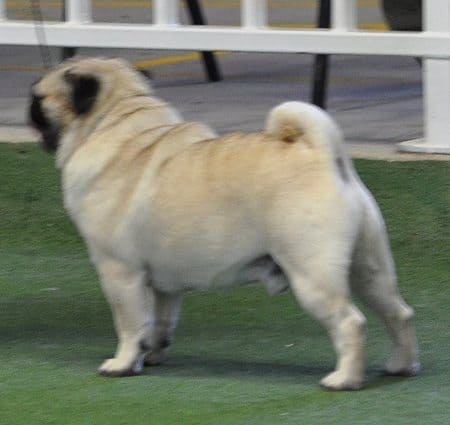