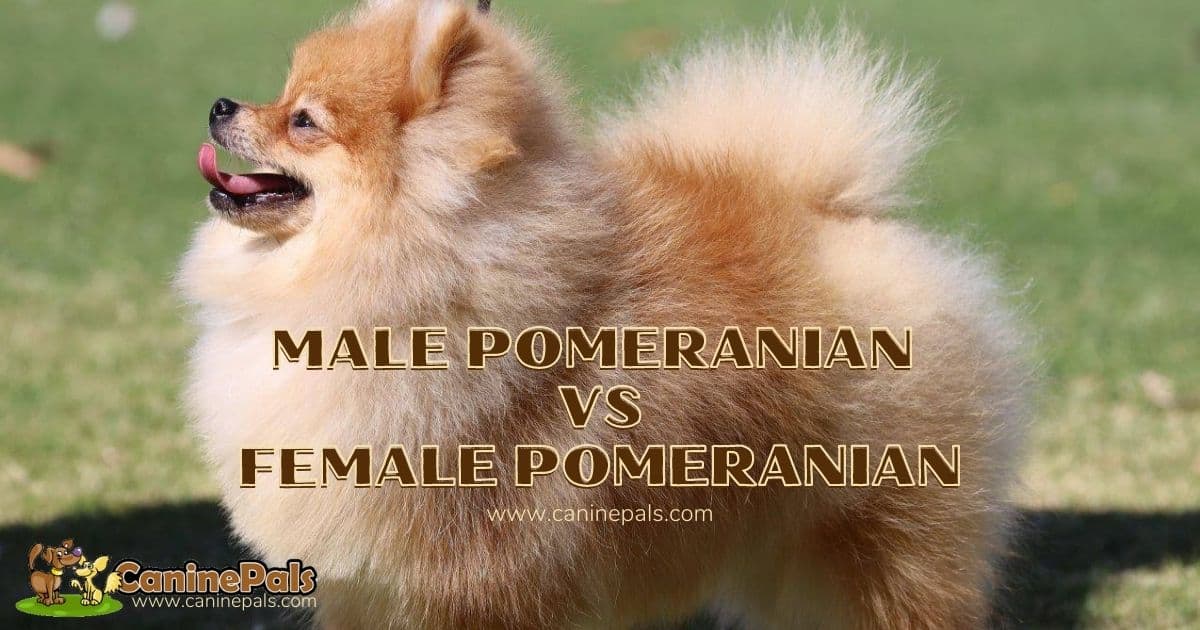 As I am a longtime, very dedicated member of the Pomeranian dog community, I was able to easily ask owners of this special dog for their thoughts.

Here are some important stats that are common in both Pomeranian male and female dogs:

Keep in mind that every Pom will have a personality that may not fit these generalizations. As for every generalization, there are always exceptions.

Here are some of the personality traits of female Pomeranians:

It is always best to spay a female Pomeranian to keep her healthy unless you are keeping her for breeding purposes.

Here are some of the personality traits of male Pomeranians:

Female Pomeranians have the risk of developing breast cancer and uterine cancer. The possibility of these problems can be greatly reduced or eliminated once the female Pom is spayed.

Male Pomeranians are at risk for prostate problems and testicular cancer. The possibility of these problems can be greatly reduced or eliminated once the male Pom is neutered.

Pomeranians have a glamorous thick, double coat. There is an undercoat of soft, thick, fluffy hair and a top coat of long, straight, shiny hair that’s harsh to the touch. Both male and female Poms require a lot of grooming. Pomeranians are considered to shed moderately.

Male Poms typically blow their undercoats once a year. Female Poms who are not desexed often shed their undercoats when they are in season after they deliver a litter, and whenever they are stressed. So if you own a girl Pom, expect a lot of shedding throughout the year.

This is perhaps the most common myth about Pomeranians and that’s actually untrue. The female Poms tend to bond quite early but they actually do bond with an individual rather than a family. Male Pomeranians will bond easily with as many persons in the family as possible, especially females. You can safely say that both male and female Pomeranians have a loving and affectionate temperament.

Are Male or Female Pomeranians Better?

A Pomeranian that fits your personality and blends well into your family is the best Pom for you. When it comes to Pomeranians, personality outweighs gender at any time of the day. You should pay attention to learn how male and female Pomeranians behave, the reasons for their behaviors, and how you can manage and train them.

Is it Better to Get Male or Female Pomeranian?

There’s nothing wrong with getting a male Pom, a female Pom, or even both! It’s all up to your preference and personality. The worst mistake you can make is to adopt a Pomeranian based on vague and unfounded information.

My Take on Pomeranian Male vs Female: What’s the Big Deal?

There is nothing cuter than a pair of Pomeranians bouncing around your house. The small pack can be either all males, all females, or a mixture of both.  Here’s what I want to say about the Pomeranian male vs female debate:

“Don’t base your decision on gender myths and hearsay. The most important aspect is the individual health and personality of the Pomeranian. In most cases, whether you choose a male or female Pomeranian does not matter. ”

So, rather than wondering whether to get a male or female Pom, you should talk to the breeder about personality and health issues to look out for. These little furry creatures will surely create a happy, joyful atmosphere in your home. If you want to know more about Pomeranians, feel free to contact me. I would love to hear from you. Best of luck with your new Pomeranian member!

The Pomeranian Handbook by Denise Leo