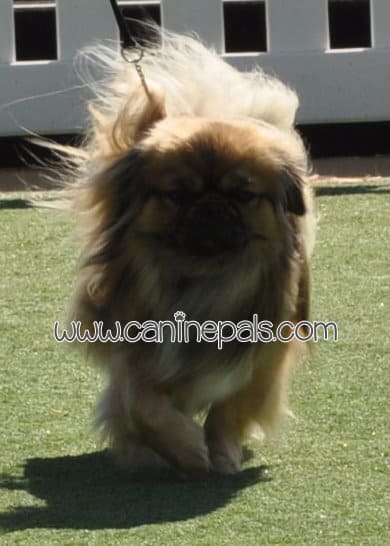 The Tibetan Spaniel has appeared in Eastern art that has dated back to 1100 B.C. He was held in high regard in Tibetan monasteries as a companion and pet. They called him the “little lion.” He used to sit on the walls of the monastery and watch over the countryside, barking if there was any trouble approaching. His development was also influenced by dogs from other Buddhist countries, including China, and was often given as a gift to people in these countries.

He’s a small dog but is very alert and active. He often appears in agility, obedience and conformance rings in the U.S. His coat can be any colour and he may have white marks on his feet. He thrives on the companionship of people and is friendly and outgoing, but may be aloof if he’s with strangers. This canine can live anywhere as he only needs a moderate amount of exercise. His coat needs a weekly brush. He’s 10 inches in height.